There are a number of movements going on in the art world at any one time. Any one of them might be more in vogue at a given time, from neo-minimalism to unique performance art.

But most of them have grown out of other movements from the mid- to early-20th century. A popular form that has been growing at a slower but significant pace is the abstract realistic movement.

Keep reading if you want to get a quick crash-course in abstract realism.

What is abstract realism?

Abstract realism is an art style that combines two completely contradictory styles of art: abstract expressionism and realism. The resulting artwork is both immediately identifiable as representing something or someone, while also taking advantage of abstract aesthetic and techniques in an effort to challenge or amplify one’s reaction.

A number of early and current practitioners have works on display in galleries and museums all over the world, from Walter Murch to Franz Cline to Chuck Close.

Abstract vs realism in art

Abstract painting, or abstract expressionism, began as an art movement shortly after the Second World War. It was born out of a few earlier movements, such as surrealism, German Expressionism, Bauhaus and futurism. A number of popular artists arose from this field, such as Jackson Pollock, Wassily Kandinsky and Mark Rothko.

The literal styles of individual abstract artists can vary wildly, from Pollock’s drip-style pieces to Rothko’s large blocks of color, but all share the lack of a specific technique representing painting subjects. These pieces are meant primarily to provoke an emotional or mental response from the viewer (sometimes a specific type of response, other times, open to wide interpretation).

Realism, in some form or another, has been a goal of painting for centuries in different countries and sub-disciplines. The most basic goal of realistic painting is to depict subjects in an easily identifiable fashion.

Realism, or naturalism, refers not only to life-like resemblance to people, places and things in fantastical or religious settings, but can also refer to the movement to depict realistic settings like countryside and city landscapes or portraits.

For example, Michelangelo Merisi da Caravaggio and Rembrandt van Rijn both aimed to paint in a realistic fashion, but the subject matter and meaning of each other’s works were quite different.

Realism as a movement began in the 19th century, primarily as a reaction against the Romantic era. Originating in France, artists like Jean-François Millet and Gustave Courbet specialized in making art that was not only realistic in physical style, but also in specific realistic settings in everyday life.

This movement remained popular until the rise of impressionism. Later movements involving realism popped up both before and after the Second World War as well, in movements such as social realism and photorealism.

Walter Murch was a painter out of Canada who later taught at the Pratt Institute. He started painting in a hard-to-classify style, borrowing from surrealism, magic realism, and abstractionism depending on the piece.

His work tended to combine unrelated items in still lifes, such as mechanical objects and pieces of fruit, or facsimile subjects like dolls painted in a fashion usually reserved for people. While Murch passed on in the late 1960s, his work continues to be exhibited in traveling shows.

Chuck Close has a long and well-known career in both painting and fine art photography, and is, as of 2021, still regularly creating new work. Close’s most well-known work is based in photorealism, painting overly large portraits of people in a hyper-realistic fashion.

In his later years, he branched out into abstract realism, using techniques that show an identifiable subject in an unconventional manner. Close uses the help of an assistant to help create the grids in his newer work, primarily due to an unexpected medical event in the late 1980s.

How to combine abstract and realism in your art

Some artists like to simply start painting and refine their concept as they go. Others might make several sketches to perfect their idea before ever putting any paint on their canvas.

Regardless of your own art style and work process, there are a few things to keep in mind for successfully combining abstract and realism in your paintings.

For beginners, the most important lessons to learn are going to be how to paint in as realistic a fashion as possible, including light, shadow, perspective and figure construction.

Painting realistic figures and objects takes a lot of practice, but is useful for a lot of different art style. So learning some realistic painting techniques will give you a solid foundation.

You need to learn to break everything down from a subject into the essentials. This can be in the form of breaking down the figure into geometric shapes or even further into basic shapes.

The idea is to get as close to the feeling or impression you want someone viewing the painting to get with as few paint strokes as possible.

What works for you is going to be different from what works for other artists, but this practice technique will help you create the type of images.

When working on your piece, it can become a habit to make strokes and edging details in a similar fashion throughout the process.

When you are working in an abstract fashion, the very method by which you make your mark can affect how the final product looks to other viewers. By varying your grip, stroke style and amount of paint, you can easily make a new focal point in the piece or make a detail fade into a subconscious detail.

Try different tools to apply paint, and try to apply it in as many ways as you can with each tool. You may come back to some of these methods as you paint more pieces.

If you really want to try something new, try painting with your non-dominant hand, a practice that should create interesting lines and shapes in ways you might not have thought of before. 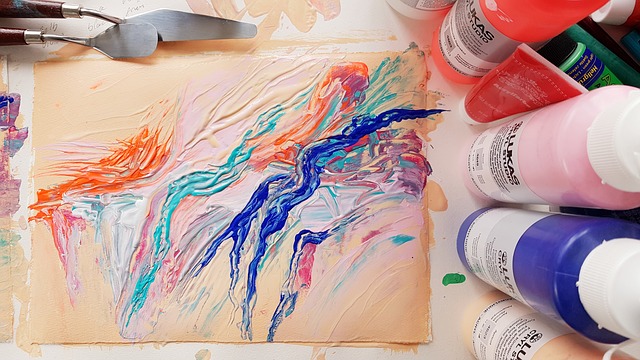 Acrylic paint is a popular and versatile medium that can be used to paint all kinds of surfaces, including wood, canvas, stone, and clay. This made acrylic paint very popular with artists and DIY enthusiasts. But before you place your acrylic paintings outside, there is one thing you need to know. Acrylic paint is not… 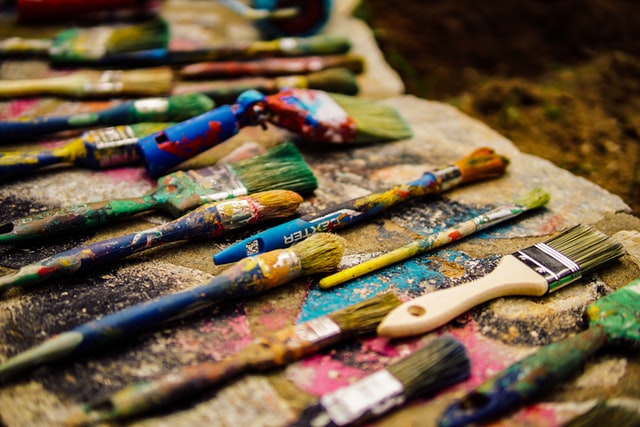 Oil paints are some of the most versatile and durable paints on the market, but they can also be notoriously difficult to clean. It’s important to know how to clean your brushes properly, so the left-over paint won’t ruin the bristles or mix with the new paint. Let’s take a look at two different ways… 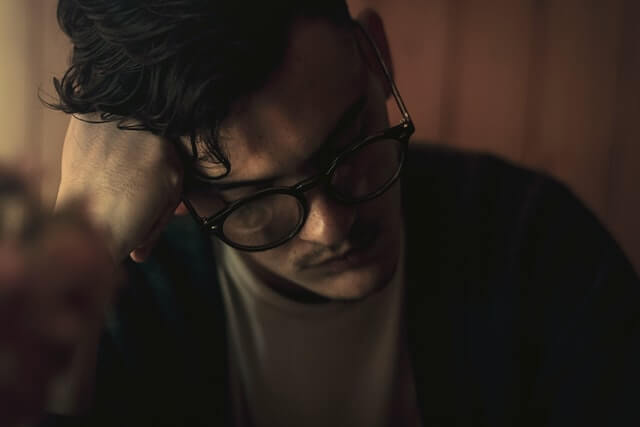 Imagine you have a big project to tackle or a commission to complete before your deadline. As you sit down to start, you somehow just can’t find a good idea to work on. You have zero inspiration. This phenomenon, experienced by artists and creators everywhere, is known as art block or artist block. Originating from… 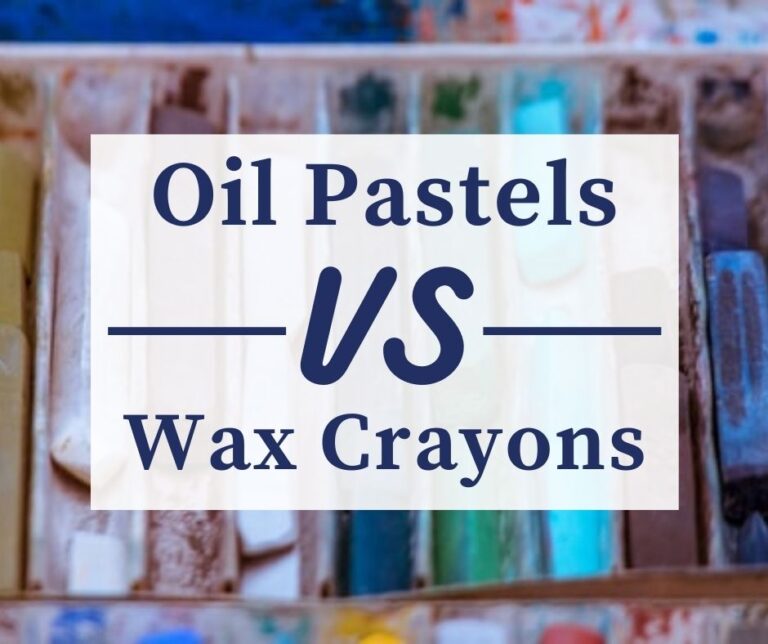 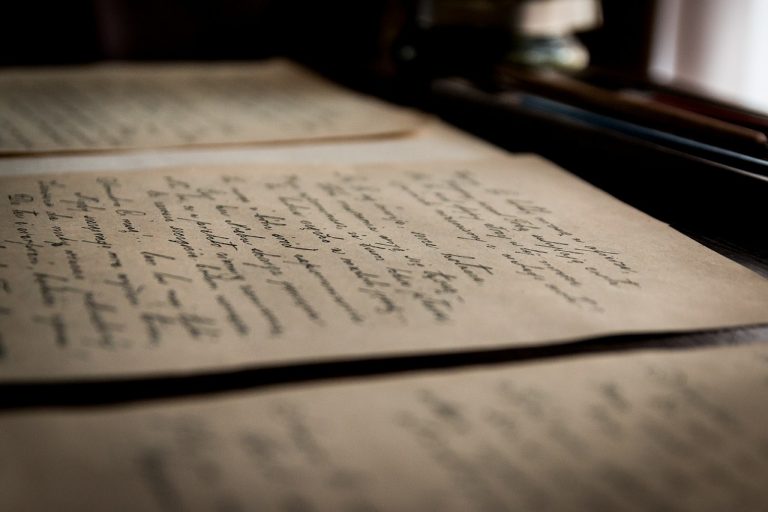 In our digital era of texting and typing, there seems to be little space for writing. We just scribble down some notes during meetings or quickly jot down a grocery list on a piece of scrap paper. Although we write these things down in a rapid fashion without much thinking, you would be surprised by…

Muted colors can sometimes be overlooked in the art world. Art stores and websites often present their brightest, most saturated color palettes for customers to choose from, and those colors can make the litany of dark gray and browns seem less appealing in comparison. It turns out that muted colors can be the secret to…