The Silhouette range of machines may be just what you’re looking for, whether you’re beginning a new business, searching for a new passion, or looking to add a heavy-duty tool to your creative armory.

An electronic die-cutting machine can cut a broad range of materials, making professional-looking DIY arts and crafts a breeze. For example, cutting pictures and text out of card stock, vinyl, foam, and other materials is simple with the Silhouette-die cutters.

Using a Silhouette cutting machine, you may sketch, engrave, etch, and even stipple diverse materials. You can pick a machine that meets your skill and demands, whether you’re a professor or a novice craftsman.

All silhouette machines for cutting or creating, on the other hand, have one thing in common: they increase productivity and save time. They also contain high-end programming and features that make them simple to use.

If you need a die-cutting machine for large projects, the Silhouette Cameo 4 is up to the task. It has an integrated roll feeder, allowing you to load a whole roll of vinyl or heat transfer material and complete tasks faster without having to stop and reload.

The Cameo 4 is compatible with several blades and tools such as the AutoBlade, standard blade, premium blade, deep-cut blade, 2mm Kraft Blade, and Silhouette sketch pens.

Although numerous tools may be loaded into the machine, the carriage can only utilize one at a time. This indicates that the machine can sketch and then cut, but not both simultaneously. Even so, this machine outperforms earlier Silhouettes models in terms of manufacturing speed.

You might also be interested in reading our other article, in which we compare the Cameo 4 with the Cricut Maker.

The Silhouette’s Portrait 3 is smaller and less expensive than the Cameo 4. However, it shares similar features, making it a better entry point into creating and cutting machines for people new to the world of die-cutting machinery. In addition, it can cut and draw, which gives it extra versatility.

The Silhouette Portrait 3 is a good value at around $200. The portrait can cut 8-inches wide and up to 60 feet in length.

Even though it is sometimes considered to be a lesser version of the Cameo 4, it nevertheless has a lot of functions. Automatic tool identification, Bluetooth connectivity, matless cutting, and print and cut functionality are all included.

You’ll also get the same software that comes with the Cameo 4; Silhouette Studio is an excellent place to start if you’re not acquainted with Adobe’s more advanced products.

The Silhouette Curio is not just visually distinct among Silhouette machines; it also possesses specific capabilities that are entirely unique to the machine. Calling the Curio a cutting machine is an exaggeration. You can basically call this crafty machine an embossing machine because that’s what it’s best at.

The Curio’s most enticing feature is the variety of creative functions it can do. It can cut, emboss, stipple, etch, score, and draw with a cutting force of 210 grams. And, because it has a dual carriage head that can carry two tools at once, it can execute all sorts of combinations of these.

Silhouette Portrait Vs. Curio Vs. Cameo

The distinctions between Portrait, Cameo, and Curio are more pronounced. Unlike the CAMEO and Portrait, which are either/or options, the Curio, which was launched in August 2015, should be regarded as an accessory or add-on item. It excels in cutting, etching, embossing, and stippling heavier materials in a much smaller space.

There is a lower clearance (1mm) on the Silhouette Cameo, but it can cut 12×12 on the standard cutting mat or 12″ by 10 feet without the mat or with the Silhouette Roll Feeder. The Silhouette Portrait can cut up to 8.5″ across by 10′ long.

The dual housing of the Silhouette Curio can contain two cutting or embossing tools at once, whereas the Silhouette Cameo and Portrait can only store one tool at a time.

The Silhouette Curio includes a variety of mats and platforms. Platforms must be built based on the thickness of the material being cut or embossed. After that, the mats are snapped onto a huge tray-like base that is inserted into the Silhouette Curio.

Silhouette Curio blades and tips will also fit in Silhouette Cameo and Portrait blade housing. Additionally, all blades are available for purchase separately from the machines.

Silhouette Curio can cut the same materials as Silhouette Cameo but at a much smaller size overall. Refer to the ‘Cutting Areas’ section above for more information. Meanwhile, the Curio is designed to emboss, stipple, and cut metal sheets, paper, and foil in addition to deep cutting.

Of all the Silhouette Machines, the Cameo 4 has by far the highest cutting force.

This means that you can use the Cameo 4 to cut way more materials than other models.

The Silhouette Portrait 3 and Curio a lot less cutting force. So you won’t be able to cut harder materials such as balsa wood with these devices.

But you really don’t need a lot of cutting force to cut card stock, vinyl, paper and similar materials. So if you are planning to use these types of materials, you won’t need the extra power that the Cameo 4 provides.

Because the carriage can handle two tools at the moment for a single pass, the Silhouette Curio cut settings windows contain two tool panels, one red and one blue.

The Silhouette Curio embossing auto-mirror option does not preview where the mirrored pattern will be put in the program. Furthermore, Curio mirrors the whole page instead of the mirror features in Cameo and Portrait, which mirror straight to the right or left.

That said, Cameo 4 and Portrait 3 work in the same way when utilizing the software. The only difference is adjusting the size before cuts.

Which Silhouette Should You Buy?

The Silhouette Cameo 4 is the best model to buy for most people, since it is more flexible than the Curio and Portrait 3. So can attempt almost any DIY project with this machine.

While not as sophisticated as the Cameo 4 and substantially smaller, the Portrait 3 is reasonably priced and is a good alternative for beginners or crafters on a small budget. It’s an easy recommendation as a first step into the world of crafts and cutting machines. Because it’s smaller, it’ll be simpler to move around/take to places if you need or want to.

Curio is the most specialist Silhouette machine since it allows you to utilize multiple types of material and has more effect possibilities (like embossing or etching). In addition, Curio can handle heavier mediums such as wood, metal, and chipboard due to its higher clearance level. So the Curio can be a good addition to a Cameo or Portrait, but it’s not a good model to start with.

Hopefully this article helped you to make up your mind on which Silhouette machine would be the best to buy.

However, if you are interested in buying a cutting machine, you might also want to check out the machines from other brands.

If this is the case, you might want to read our article comparing Silhouette and Cricut, or our Cricut Maker 3 review.

Most people will use their Cricut machine for cutting materials. But don’t forget that you can make amazing things by using the Cricut pens as well! Although you could just write things by hand, using your Cricut will make it look a lot better. And it can save you a lot of work if you…

Out of all the materials that a Cricut can cut, cardstock is probably the easiest to work with. Although it’s just paper, cardstock is strong enough to make complex designs with. So today, I wanted to go over my top 10 project ideas you can try out with your Cricut that involve cardstock. You can…

If you have a Silhouette machine, you are always thinking to yourself what you should make next. But although Silhouette Studio offers a lot of tools you need to come up with your own creative designs, the number of fonts available leaves a lot to be desired. Especially if you never installed new fonts on…

It’s never too late to invest in a Cricut machines. Whether you’re starting a new hobby or taking on a new challenge, or you’re a seasoned maker looking to up your game. The machines by Cricut are popular, smart, and cheap and can help you take your crafts to the next level. There are several… 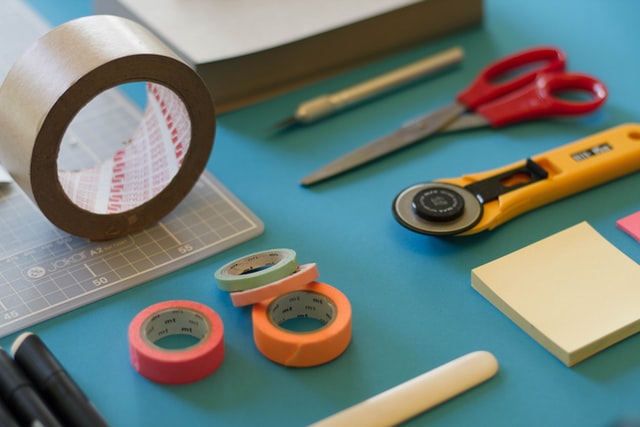 There are many cutting machines that can help you out with your crafts. With all the different Cricut, Brother, and Silhouette models, it’s difficult to find the right one for you. So in this article, we’ll take a closer look at the Silhouette Cameo 4 and all the reasons why you should or shouldn’t buy…