As a new potter, you may have heard the word “cone” thrown around here and there. People often use this term to describe at what temperature you need to fire clay, or what the maximum temperature of a kiln is.

Knowing what cones are and how to convert them to Fahrenheit or Celsius is important to prevent big mistakes.

This blog post will go over what cones are and how best to work with them!

What is a cone in pottery?

There are different cones for different firing temperatures. The cones are rated by the amount of heat they can take before they start to melt and deform. The higher the number on the cone, the higher temperature it can withstand.

Ceramic kilns tend to lose power over time. This means that the maximum firing temperature of your kiln goes down as it gets older. In that case, you can use a series of these cones to check the maximum temperature that your kiln can still reach.

A successfully fired cone should have a tip bend almost 90 degrees and touch the floor.

How are cones used in pottery?

Now you know what a cone is and where the term comes from. But that is not the most common use of the word cone in pottery.

You probably heard someone say to fire a particular clay at cone 6. Or maybe you wanted to buy a kiln and it said it could fire up to cone 10.

In both these cases, cones are simply an indicator of temperature. So it tells you at what temperature to fire the clay, or what the maximum temperature of a kiln is.

Note: cones measure the amount of heat energy absorbed over time. So a particular cone doesn’t directly correspond to a particular temperature, because the ramp rate also factors in. However, for most practical purposes, thinking of cones as a certain temperature will work.

Each cone number corresponds to a temperature. Sometimes the clay you are using needs to be fired at a certain cone, but your kiln operates in degrees or vice versa.

In those cases, it’s important that you can convert cones to degrees, or degrees to cones.

Below you can find a simple table with all the cones used in pottery and the corresponding temperatures in degrees.

What does cone fire mean?

Cone firing means you have to fire your clay or glaze at a particular cone. With a cone chart, you can simply convert the cone number to a temperature in Fahrenheit or Celsius.

What are the different cones used in pottery?

The standard cone scale ranges from 022 up to 14. In Fahrenheit, this corresponds to roughly a range of 1100F up to 2500F. However, most clays and glazes are fired between cone 06 and cone 10.

What cone is bisque firing?

Bisque firing is normally performed between cone 08 and cone 05. In this range, the clay is sintered and turned into porous ceramic that is still absorbent enough for easy glazing. Depending on the type of clay you are working with, you have to fire at the lower or higher end of this spectrum.

What cone do you fire to?

Of course, these numbers are rough estimates, and you should always check your clay or glaze to find the right cone to fire to.

What cone is stoneware fired to?

What cone is earthenware fired to?

Earthenware is classified as low-firing clay and as such should be fired between cone 06 and cone 1. If you are working with new earthenware clay, cone 04 is a good average to see how your pieces turn out.

What cone is porcelain fired at?

Porcelain is high-firing clay and should be fired at cone 10 or above to mature the clay. At these temperatures, the porcelain vitrifies and loses its porosity. For bisque firing porcelain, the clay should be fired between cone 08 and cone 04.

What does cone 6 mean in pottery?

In pottery, firing at cone 6 roughly translates into a temperature of 2232~2269 Fahrenheit. Cone 6 is often used by potters because it’s in the medium temperature range that many mid-range clays can be fired at.

What does cone 10 mean in pottery?

In pottery, firing at cone 10 roughly translate into a temperature of 2345~2381 Fahrenheit. Cone 10 is often used by potters because it’s in the high-temperature range and works with most high-firing porcelain and stoneware clays.

What is the difference between cone 06 and cone 6?

Cone 06 is about 1800 Fahrenheit and cone 6 is 2200 Fahrenheit. As you can see, cone 6 is roughly 400 degrees hotter than cone 06. The 0 in front of a number in the cone numbering systems represents a negative sign. So cone 06 and cone 6 are very different. Similarly, there is almost a 700 degree difference between cone 010 and cone 10.

Whether you are picking up pottery as a new hobby or planning to buy new tableware, it’s important to know what the difference is between stoneware and earthenware. Both types of pottery might look the same at first glance, but both of them have very material properties. So let’s start simple and go over a… 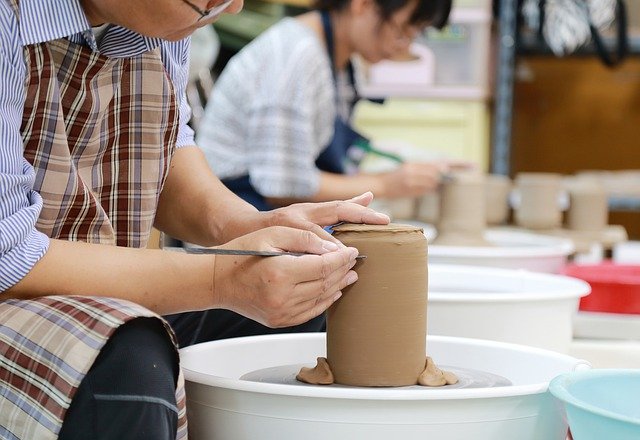 One of the most frequently asked questions by beginners is how hard it is to learn pottery. Pottery is completely different from other hobbies such as tennis, painting, or gardening, so it’s not that strange that so many people have this question. Pottery is not very hard to learn. Most people can learn all the… 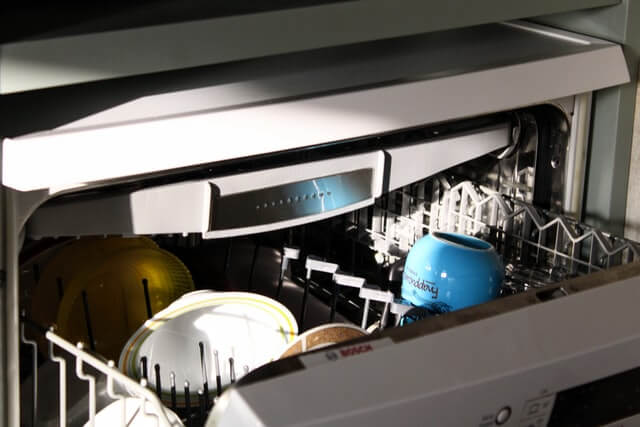 All those pretty little ceramic pieces, it would be a shame if something happened to them. No, honestly, it would be a shame. And one of the things that can happen is a visit to the dishwasher. Improper care can ruin all that beautiful and hard work you’ve put into your pottery. And store-bought ceramics… 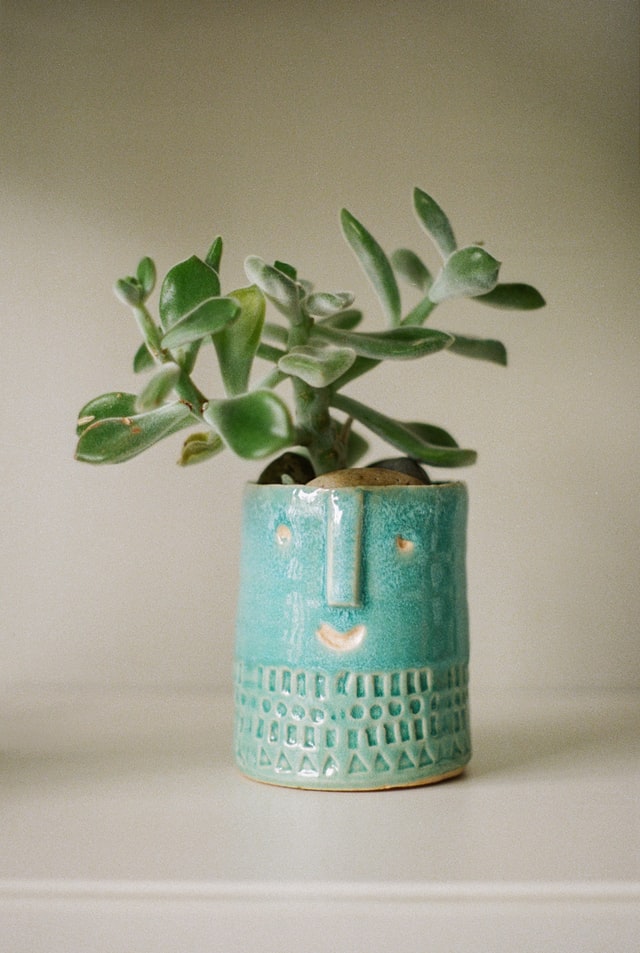 When you are new to pottery, the first projects that might come to mind are pots, plates, bowls, and vases. And although those are great projects to start with and learn the basics of pottery, there are a lot of other creative and cute pottery ideas that you can try out. So here you can… 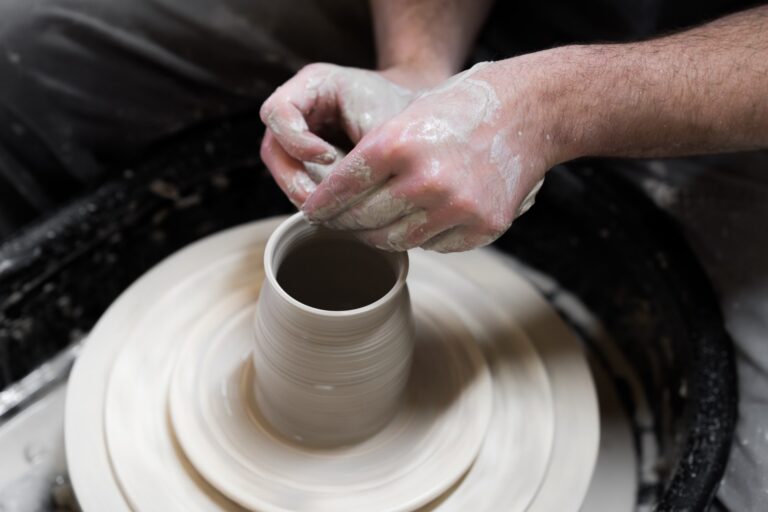 Pottery is not the cheapest hobby to start. The initial investment in a pottery wheel and firing kiln is quite high. But once you have all the necessary tools and equipment, you’ll only have to buy clay every now and then. So let’s take a look at how much clay usually costs. What is the… 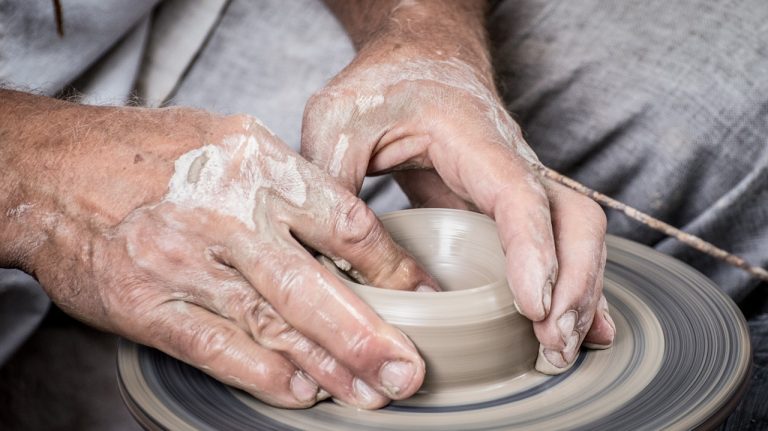 You don’t need a lot of tools and equipment to pick up pottery. But a pottery wheel is one of them if you want to throw clay. There are a lot of different models to choose from that vary a lot in terms of price and quality. If you can’t choose which wheel to buy,…